A man and a woman inhabit the same surreal location though not, apparently, at the same time. Marta Renzi directs this black-and-white meditation on memory and absence, joined by long-time collaborator Charles Caster-Dudzick (camera), as well as Aislinn MacMaster & David Thomson (performers). With a nod to the soundscore for Andrei Tarkovsky’s Stalker and the location of La Chambre by Joelle Bouvier and Regis Obadia. 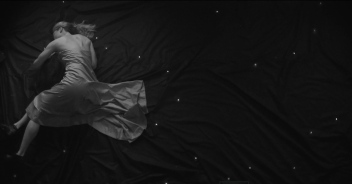 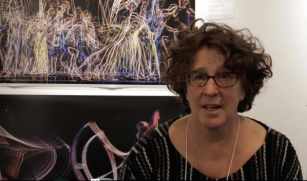 Marta Renzi is the creator of over two dozen short films which have screened in festivals all over the world, and recently completed her first feature film Her Magnum Opus. Called by Dancing in the Streets “a fearless explorer of unconventional sites” for her site-specific choreography, Renzi was commissioned by public television to make 2 half-hour video dances in the 1980’s. Funded 7 times by the NEA, Renzi is a 2013 Bogliasco Fellow and a 2014 RAW Community Supported Artist. Renzi is a seven-time recipient of choreographic fellowships from the NEA and has received numerous choreographic commissions to create live work such as Book of Breath, and dance film work such as Plow Plant Reap an official selection of the Dance on Camera Festival at Lincoln Center.