42 contemporary choreographers link together on a chain love letter to dance. 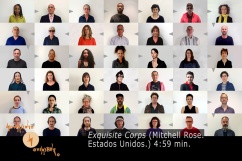 It’s a new film. Its premiere will be on Oct 20th, 2016, in the San Francisco Dance Film Festival. 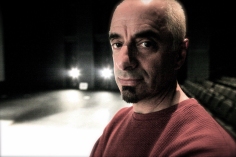 Prior to becoming a filmmaker, Mitchell Rose was a New York-based choreographer. His company toured internationally for 15 years. Eventually he was drawn more to visual media and graduated from The American Film Institute as a Directing Fellow. Since A.F.I. his films have won 79 festival awards and are screened around the world. The New York Times called him: “A rare and wonderful talent.” The Washington Post wrote that his work was “in the tradition of Chaplin, Keaton, and Tati —funny and sad and more than the sum of both.” Mr. Rose is currently a professor of filmmaking at Ohio State University.