(THIS VIDEO IS ONLY A TRAILER OF THE VIDEODANCE BÁTHORY.)

Erzsébeth Bathory, known as the Blood Countess, was a historical character who bathed in

the blood of virgins to maintain youth. Writers such as the poet Argentina Pizarnik were inspired by the Coutness for their work. Also the choreographer Ana María Stekelman created a dance piece based on her figure, a rehearsal of this piece was filmed and intervened with layers of video. Báthory was done to be showed in commemoration of the publication of Pizarnik’s writings. 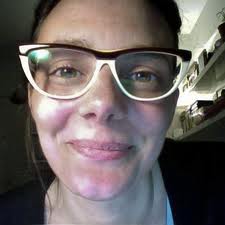 Cayetana is a film director and a screenwriter. She began her career as an advertising creative, working for various media companies in Argentina and the USA. In 2000, she entered New York University, where she obtained a Master in Film, graduating in 2004 with her thesis film “Armadillo”, which received multiple awards. Since 2005, Cayetana has written, directed and edited various video projects in collaboration with the choreographer and dancer Sofia Mazza.